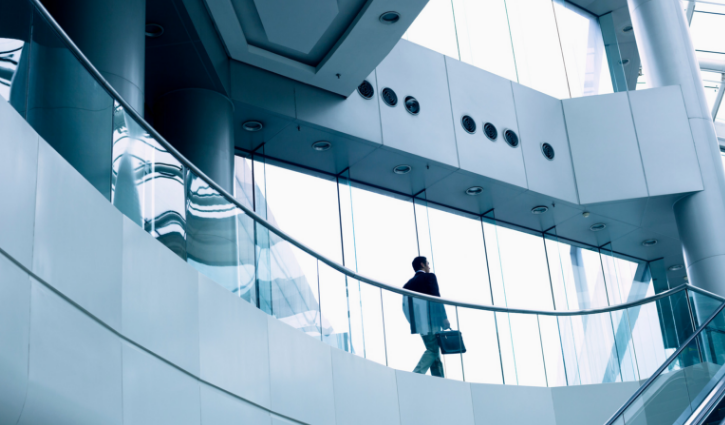 Anyone who’s followed the Procurement and Supply Chain industry knows that contingent staffing is taking off. Gone are the days when companies would hire on contract only for leave coverage and backlogs. In 2019, companies are hiring leaders in the field on contract for complex transactions, business transformations, and strategic development. It’s an opportunity for Procurement leaders to do what they do best – to get into an organization and make an impact without becoming mired in the day-to-day firefighting that can keep a full-time employee from focusing on big projects.

To talk about the state of play in contingent staffing for Procurement leadership, we interviewed Robert Alt. Robert is a Procurement Executive with extensive experience in the Insurance industry, and an unparalleled command of Strategic Sourcing in the Information Technology category. Several years ago, he decided to make the switch from a full-time leadership role to strategic contract engagements.

We were thrilled, as always, to speak to one of Procurement’s leading lights.

Thanks for taking the time to do this interview, Robert! We’d love to start with a quick overview of your career journey. How did you get into Procurement?

The first 8 years of my career was spent in various accounting roles in both the public and private sector. My path then diverged into managing the general ledger environment for a large P&C company, later followed by becoming a systems design manager for a new expert underwriting system that was being developed internally. It was over those 3 – 4 years that I developed an interest in IT. After the new system was live for over a year I moved into a newly created role as Controller for IT. This was my first exposure to Procurement as the new role required that I not only perform all the management accounting for IT department, but also negotiate major hardware and software acquisitions.

For me, this was the perfect fit as it allowed me to continually learn everything I could about IT, and at the same time apply all my skills and knowledge attained in becoming a professional accountant. For the next couple of years I worked on my negotiation skills and had my first exposure to Microsoft and Enterprise Agreements.

What are some of the accomplishments you’re most proud of in your career?

Two transactions come to mind when I think about proud moments in my career. The first was when I worked on my first data centre outsourcing transaction. The global Life Insurance firm I was working for was looking to outsource both of its Canadian data centres. After many months and long nights, we came to agreement on a 7 + 3 year deal valued at over $750M, saving the organization over $300M. I was nominated for an award of excellence for my work on the transaction.

The second proud moment came when I was one of three people charged with leading an RFP to outsource and consolidate the data centres across 10 countries in Asia for the same global Life Insurance company. The size of the transaction was over $300M, but the biggest challenges were negotiating a deal that was beneficial to all 10 countries, understanding and working with all the cultural differences, and dealing with time differences between 11 and 14 hours depending on the time of year. It took about 14 months. I learned a lot about the many different countries and made some good friends. I was nominated for an award of excellence for my work on this transaction as well.

You’re a Procurement Executive who decided to make the transition from full-time permanent positions into contracting. Could you walk us through how you made this move, and what sort of projects you’re working on now?

I had gone through a major restructuring at the company I was working for and my role became quite different than it was. I had a very open and honest conversation with the person I was reporting to at the time and we both agreed that best way forward would be for us to part. I was offered a very attractive package near the end of 2013 and I was “unemployed.” I took the month of December to spend time with my family and take a vacation and did not think about what I would do next. In January I started looking for a permanent role, something similar to what I was doing.

I started to do a lot of networking, reaching out to my contacts on LinkedIn and asking people for introductions. I had a lot of meetings, and met many new people. In April I was meeting with a CIO, and he asked the VP responsible for application support to join our meeting. The VP was looking to venture into outsourcing some application maintenance work, but no one within the organization had done it before. We discussed my experience in this particular area and he asked me if I would like to come in on a contract basis and lead the transaction. It sounded exactly like the type of work I enjoy. The transaction took about 6 – 8 months, gave the company bench strength that they never had before and saved them a significant amount of money.

Since that first transaction back in 2014, I have worked on transactions involving: data centre outsourcing, business process outsourcing, SaaS, Insurance platforms, Software implementation services, IT Security services and even one build out of meeting and conference rooms for audio/video purposes. The great thing about focusing on IT, is that the industry is constantly changing. To stay relevant, you need to constantly be learning.

From your perspective, what are the biggest things you’ve gained as an Executive who made the switch to consulting/contracting?

The best part about consulting/contracting is being able to do what I enjoy. This is of course, a very personal thing and I would recommend to anyone that is thinking about making the move to consulting/contracting, that they first figure out what they enjoy. There will always be aspects of my role that I don’t enjoy and that is just reality, but it’s much better to enjoy 80% of what you do, and put up with the other 20% versus the other way around.

Another piece of advice I would give to anyone thinking about making this switch is this: don’t be afraid to use your network. Reach out to everybody. It’s surprising how many people will actually say, “yes, let’s get together for a coffee.” Don’t approach them asking for a job, but try to expand your network, and they may know somebody. That’s the toughest thing, but it’s crucial.

In our business at Argentus, we see more companies waking up to the power of hiring contract / consultant staff at a very high level – for business transformations, setting overall Procurement strategy, etc. What do you think companies stand to gain by bringing on leaders like yourself on a contract basis?

I think there are many advantages, so here they are in no particular order:

A big thank you to Robert Alt for sharing his experience with the Argentus blog readership! We hope you found the interview as informative as we did.