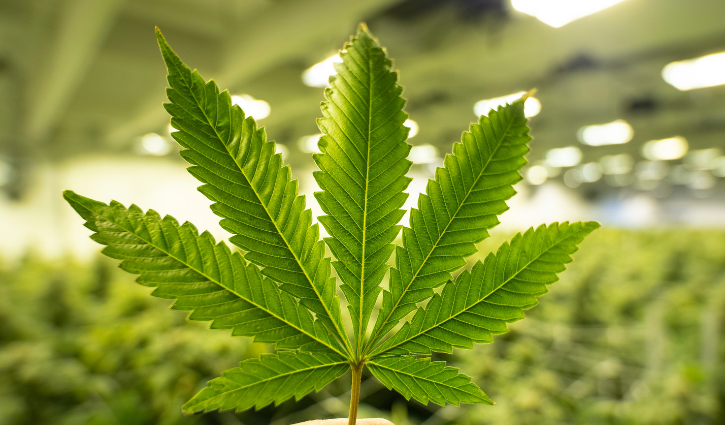 How we filled out a Cannabis company’s Procurement bench from scratch — and turned the way they spend into a key competitive advantage. It’s no secret that Cannabis is one of the most exciting industries in Canada, if not the most exciting. Over the past year, pre-and-post legalization, we’ve been writing about some of the tremendous opportunities in the field, as well as some of the challenges. Canada has the rare opportunity to lead a brand new global industry, and the business community has responded to legalization by injecting untold amounts of investment into the space.

It’s a green rush, but there are pitfalls. The regulatory landscape is constantly evolving. Producers are having trouble meeting consumer demand to capitalize on the immense interest in their product. Brands are taking off that will define the space over the coming decades, but others are struggling to achieve lift-off.

As (almost) always, the biggest advantage is talent. Organizations are pulling in the highest flyers from all sorts of industries – consumer goods, pharmaceutical, food & beverage, public sector – for their unique backgrounds, and their understanding of particular pieces of the complex puzzle that is bringing a brand new category of consumer product to market.

As a cannabis executive put it to us in one of our recent conversations, it’s like trying to build the airplane while you’re flying it. Many cannabis companies are rapidly scaling. You’re trying to put the people in place to do the day-to-day firefighting, but also build out the function for the long term. The people who can do that are rare, so the war for that talent is on – increasingly so in the Supply Chain and Procurement functions, which are already facing a broader shortage of talent.

People are eager to get into the industry, but there’s a massive demand for top talent. As anyone who’s ever built a business knows, hiring might seem like one of the easiest parts, but it’s actually the hardest. How do you find the people who can thread that short-term and long-term needle? How do you do that in an industry where everyone else is also looking for the exact same thing?

Put another way: how do you gain a hiring edge in an industry dominated by rapidly-scaling competitors, with ever-increasing war chests of investment to throw at the problem?

At Argentus, we’ve spent the past eighteen months gearing up for our entry into the cannabis space. That means diving deep to learn about the industry, making connections, and also canvassing our network of Procurement and Supply Chain professionals from other industries to find out who was most eager to apply their considerable skills in the cannabis space.

And in the past month, we put that prep to the test with one of our first major assignments: hiring an entire Procurement team for a rapidly-scaling cannabis company, on a tight timeline.

Our client had been in Argentus’ network as both a client and candidate for a number of years. She’d moved into a Global Sourcing Director role at a growing Toronto-based Cannabis company that had recently received a large investment and was looking to scale. As we outlined in our article, How Supply Chain Management Can Make or Break a High-Growth Company, this company realized that it makes more sense to capture and account for all their spend now, as they grow, rather than later. They were a highly entrepreneurial company, hiring across a number of functions, and they realized it’s easier and more effective to implement a centre-led Procurement model at the outset, rather than having to transform their business down the line.

Oh, and she also had to do this in a highly entrepreneurial environment where leadership was expecting results, fast.

That’s the definition of building the airplane while you’re flying it.

This Director had made a few hires, but they weren’t working out. These hires had said that they could work within ambiguity, build out the function and hit the ground running in a high-pressure environment, but they weren’t able to pull it off. What she needed was a partner who spoke the same language, who had a qualified roster of Procurement professionals to plug in – people who were proven, and also eager to move into a highly entrepreneurial working culture.

Within two days of this Director calling us, we’d forwarded at least a dozen Procurement professionals from our network to slot into these positions. Within a week, we’d started to book interviews. Within three weeks, we’d filled eight roles.

We also filled support roles including:

These Procurement candidates came from industries as diverse as the food industry, consumer goods, public sector, management consulting, and others. They were pioneers who – like many others – saw the immense opportunity in the Cannabis industry, and wanted to build something.

And we’re not done yet.

We’re obviously thrilled, but we also think there are some things to be learned at the success of this partnership that anyone can take into account. It’s easy enough, in a scaling business, to think, “I can just find people myself.” It’s easy to slot it into one of the hundred things you’re doing. It’s easy to let it fall on the back burner. But at a certain point, it’s worth it to ask yourself, “am I getting the best people?”

What made this work wasn’t just that we have the deep network of passive candidates in our space. It was also a few other factors:

A partnership with the right recruiter, who truly understands your niche, can turn a stressful task into a highly strategic advantage. Because, over the past month, this organization has moved from not having a strong Procurement function, to being better positioned to control costs and risk than most firms in the Cannabis industry.