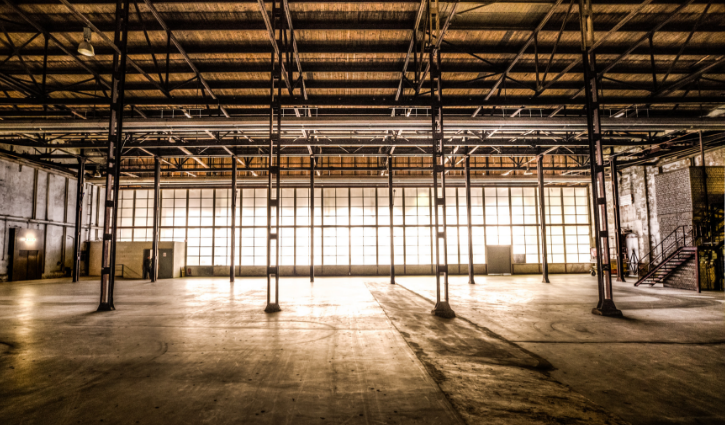 Written by guest contributor Megan Ray Nichols, a freelance stem writer and the editor of Schooled By Science. For more from Megan, you can follow her on Twitter or subscribe to her blog here.

The idea of turning your supply chain to “reverse” in order to achieve additional cash flow is a new idea to many. But these kinds of reverse logistics, including remanufacturing, are seeing a bit of a renaissance today as companies everywhere look for new ways to stay solvent, competitive and nimble.

We’re here to discuss the benefits of remanufacturing and reverse logistics for your corner of the supply chain. Both processes can help your company grow, oftentimes more quickly than you expected — and maybe even in some unexpected directions.

Remanufacturing is the process whereby companies restore slightly used or worn products to salable condition. This practice has, historically speaking, been more popular in the B2C community than elsewhere, and until recently it was a fairly “niche” pursuit.

For some businesses, remanufacturing is a pleasant side-effect of the warranty and exchange processes. Slightly defective merchandise needs to go someplace, after all. So long as the defect can be repaired and then covered with a refurb-style warranty, these “good as new” products represent a perfectly legitimate potential source of cash flow. Businesses and individual consumers alike enjoy finding a bargain on manufacturer-refurbished goods. It’s a big help to companies that want to grow rapidly as well as individuals who want to try newer technologies while on a budget.

But even when your company doesn’t have a regular influx of products for repair or replacement under warranty, there are other ways to engage in reverse logistics and remanufacturing.

Who’s Getting Into Remanufacturing — And How?

In a survey of supply chain representatives, more than half indicated that operations managers today require at least a minimal familiarity with remanufacturing and its benefits. The expectation is that the demand for remanufactured goods will only increase — and represent more and more money “left on the table” by companies who don’t work to capitalize on it.

It might be helpful to think about remanufacturing as nearly an industry of its own: one which manifests somewhat differently in each developed country that engages in the practice. The United States, for example, has some of the most mature supply chains in the world when it comes to the remanufacture and distribution of the following families of products:

Just how large an industry is this? Accounts can vary, and not all of the economic data is clearly defined or recent. Even the “2015 Remanufacturing Market Study” from the European Remanufacturing Network contains economic data from 2011. According to the study, the remanufacturing industry in the U.S. in 2011 employed 180,000 employees full-time and was valued at $43 billion. The European Union received some 37 percent of U.S. investment in this sector.

Brazil, the UK, Singapore, Mexico, Denmark — just about every country that operates on the global scale and participates in the global economy has some kind of remanufacturing industry. There is a vast amount of potential here, even for small and large companies alike that offer long-lasting, repairable products with potential worldwide appeal.

Remanufacturing as a Competitive Advantage — And for Sustainability

In addition to being a national and global opportunity for companies to parlay their design and manufacturing knowledge into a new, or larger, revenue stream, remanufacturing is also worthwhile to undertake in the name of sustainability.

For an example, look at Cummins’ remanufacturing efforts circa 2012. At that time, the company boasted that more than 80 percent of the material in its engines was ripe for remanufacturing and resale. After capitalizing on this discovery, the company managed to reclaim about 50 million pounds of engine components and made an additional $1 billion in sales besides. Caterpillar is another company that got an early start on establishing its remanufacturing infrastructure. Some Cat dealers can service components in the field in as little as 30 minutes, while for everything else there’s a Cat Component Rebuild Center. Another major player in the remanufacturing space is John Deere Reman. They set up a program that allows equipment owners to send in their damaged part for a remanufactured replacement. Both the dealer and the equipment owner are reimbursed for participating in this exchange. The business then goes on to either recycle or remanufacture the returned part, reducing waste by keeping parts in use longer.

Clearly, this is a great business opportunity. And reclaiming potential waste is great for the environment, too. Dematerialization — looking for ways to bring as few material objects into existence as possible — has become something of an imperative as governments and organizations approach a reckoning over our collective carbon footprint and waste output.

Companies engaging in remanufacturing and reverse logistics, today, will stand in better company a year or two from now, when environmental stewardship is even more of a competitive advantage than it is today.

Reverse logistics is a close cousin of remanufacturing and an equally important partner in “going green” while capitalizing on your own supply chain. It concerns packaging design and reuse, as well as the handling of broken and obsolete products:

Each of these activities adds value to a company’s supply chain and helps offset both the expense and the environmental impact of manufacturing all-new goods.

Reverse logistics is great for the consumer, too. As an example, buying a new telephone or computer from Apple these days includes the optional step of sending in an existing device for resale or recycling and then applying the value of the trade-in towards the new purchase. This goes a long way toward keeping unwanted phones out of landfills. Plus, Apple partners with third-party appraisal and recycling companies to get these broken and obsolete devices into the right hands.

The point is, remanufacturing and reverse logistics can both take many forms. Exploring these opportunities today can uncover new sources of revenue for your company, broaden your footprint in the global economy, make life easier for your customers, and keep broken and unwanted products out of our landfills. What is there to lose?