How Long is too Long to Stay at the Same Company?

How to strike the balance.

Gone are the days when people would work at the same company their whole careers. Workers are more mobile and flexible than ever, especially those who are emerging into leadership roles. It’s becoming more common for people to shift industries and even careers more than once during their working lives. It’s a complex phenomenon, stemming in part from the rise of digital technology and changing expectations surrounding loyalty to a single company. Workers are often now expected to gain experience across a variety of disciplines and industries to move up the corporate ladder, and pivoting from company to company is the best way to gain this experience.

At the same time, there’s still a stigma attached to “job hopping.” Companies don’t look kindly on individuals who are too quick to hop into another job, people whose job history is riddled with a huge list of supposedly “permanent” jobs – six months here, three months there. These candidates look like “grass is always greener” types who are unwilling to settle into a role, unable to deliver the kind of major projects and accomplishments that often take several years. This kind of “job hopping” seriously hurts your marketability with companies.

The key is to strike a balance in your career. You want to stay long enough in a single role that you’re able to grow, inhabit and expand your responsibilities, while delivering major accomplishments. But you don’t want to stay for so long that you start to look like you’re content to just fill a seat – unless you are.

It’s tricky. To an extent, the max amount of time you can stay in a job before you start to hurt your marketability varies. Executives can stand to stay a little longer, and junior employees a little less time. But we put this question to some of our recruiters. They have years of experience with having a direct line to how companies read resumes, and they’re used to getting unvarnished feedback.

Their consensus answer? The ideal amount of time to stay in a role, especially at the sole contributor, manager, and director level is between three to five years.

That’s the ideal amount of time to get situated, learn an organizational culture, and deliver multiple long-term, impactful projects. It’s enough time to form solid business relationships, and engage in mentorship and leadership – and then move onto a new opportunity and diversify your skills.

Less than three years is less than ideal, especially if you’re the one making the decision to hop around. If you’ve only been in a role for two years before you start making moves, you look a little jumpy. Eighteen months, or less than a year in a role before you start looking around? One or two of these isn’t a career breaker, but it’s important to avoid having your resume full of short stints, because you end up looking like someone who doesn’t stick around. After all, it takes three months to even find your footing in a job, let alone make an impact. (Caveat: this doesn’t apply to contract positions where companies set a fixed term). Companies put thousands of dollars and hours of labour into training new employees – so when they see a job hopper, they can’t help but think that their investment will be wasted.

Once you start to move past five years in a role, it’s time to start looking around if you’re trying to grow your career, to internal promotions or advancement in other companies. And once you start pushing ten years in the same role – with no progression – you’re actually starting to seriously impact your marketability for new positions. Even ten years of modest progression at the same company can impact your marketability. Companies star to see you as the opposite of a job hopper: the dreaded “lifer.” Why does this look bad? Because industries change, disruptions happen, new players enter, and if you’ve been in one company forever, it looks as though you might not be up to speed.

If you have been at the same company or in the same role for a very long time, though, all is not lost. It’s truly never too late. While too long of a tenure does impact your marketability, it’s not impossible to continue to progress, it’s just more difficult. One suggestion (if we may) is to work with a recruiter. We have the ear of hiring managers. We can be your voice, ambassador and advocate, helping a hiring manager understand your career motivations and accomplishments before they axe your resume and say “lifer. Next.”

A few caveats: every career, and every employer is different. Some companies, when they’re hiring, value loyalty over ambition and a diversity of experience. Some employees prefer to find their level, find their place, and stick to it. We’re speaking particularly to those who want to advance and earn more responsibility and leadership opportunities.

The other thing worth mentioning is that it’s better to be seen as a lifer than a job hopper. It shows commitment, loyalty, and dedication. You’ve had significant contributions a job hopper isn’t going to have. But it can impact your career enough that it’s worth thinking about how to strike that balance, and move when the time is right.

A big thanks to Argentus recruiters Rosanna Palermo and Sam Manna for their input on this post!

Leave a Reply to Steven Forth Cancel reply 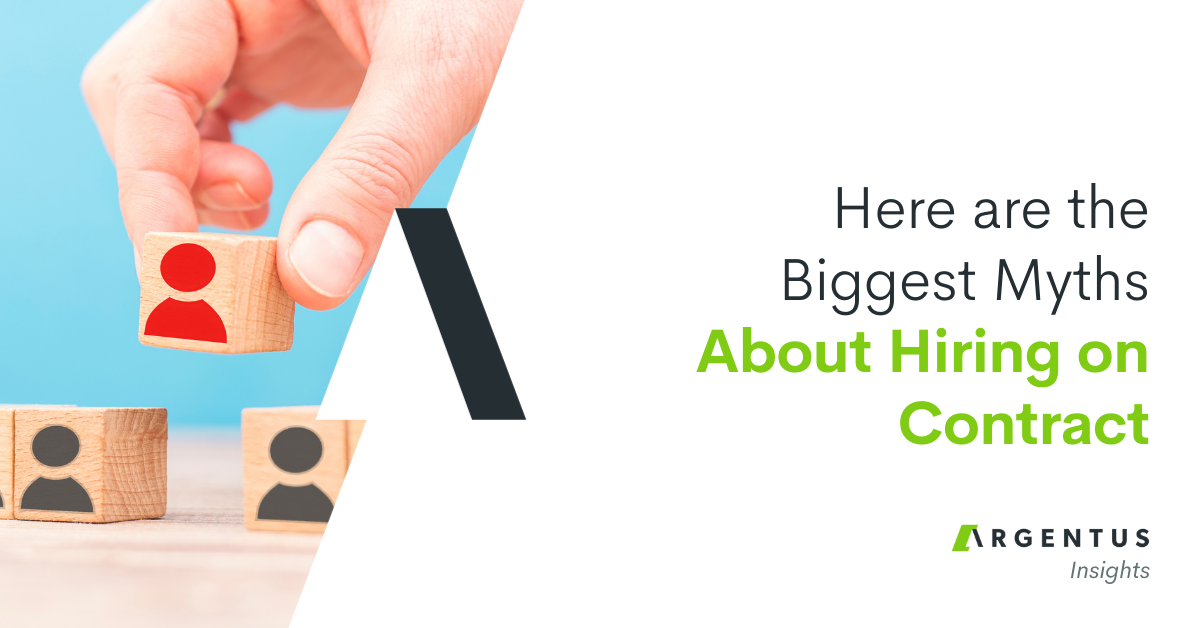 Here are the Biggest Myths About Hiring on Contract

Contingent staffing has taken off for corporate roles. But there are a few persistent myths about hiring people on contract that cause companies to leave value on the table.

END_OF_DOCUMENT_TOKEN_TO_BE_REPLACED 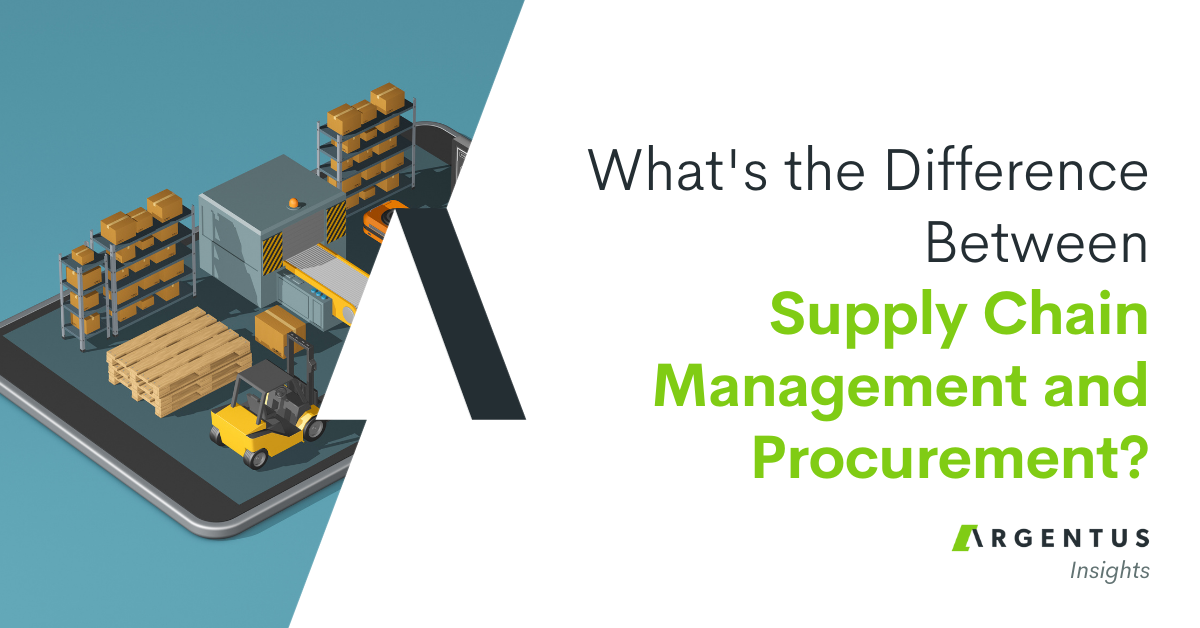 What’s the Difference Between Supply Chain Management and Procurement?

Even though Supply Chain Management and Procurement are well-established fields, we still encounter people who don’t quite know the difference. Here’s an explainer from Canada’s specialist recruiters in the field.

END_OF_DOCUMENT_TOKEN_TO_BE_REPLACED 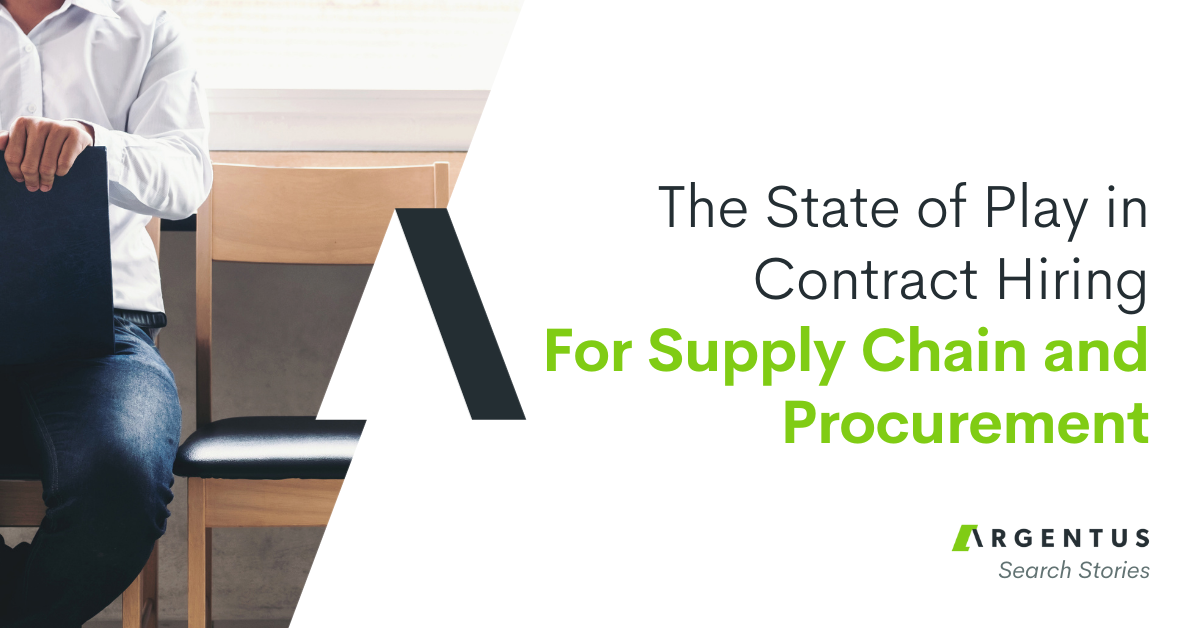 In this era of disruption, more companies are hiring high-skilled contractors for Supply Chain and Procurement roles. Here’s our intel from the front lines of contract hiring.